Below is an infographic that details the amount of spending and where that spending will be allocated: 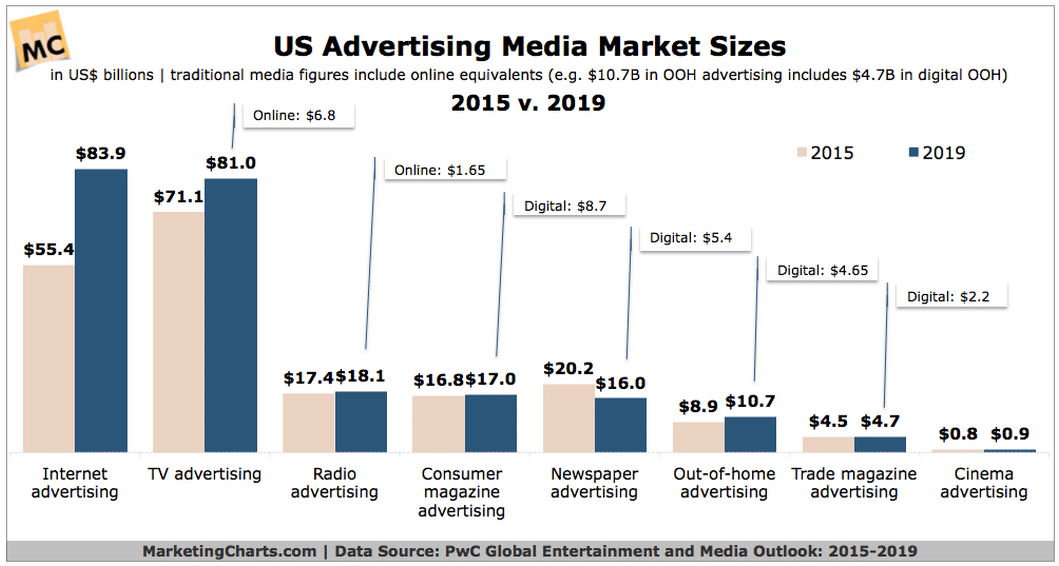 Not surprising given the growth of digital advertising, the above chart shows that even among traditional media outlets, much of their projected growth in the next several years will be powered by adding digital to their traditional advertising products.

There are several “geo” terms in digital advertising, and it can be complicated to determine which option is best for your... read more

As a trainer of all things digital for Vici, I have the opportunity to travel all over the country... read more

The Need to Move Faster

Not every small business has the luxury of having a full-time Marketing Director on payroll, leaving those without a... read more

We are thrilled to announce we made the list two years in a row for Fastest Growing Company in... read more

The answer to that is a resounding YES! If you are not familiar with what Social Mirror Ads are,... read more

How the Millennial Smartphone Addiction Can Benefit You

Do millennials ever put their phones down? No.  In fact, 24% of millennials attached themselves to their smartphones less than... read more

“Completers” Are Better Than “Clickers”

If you are doing a video pre-roll campaign, there are a lot of metrics you can measure, but which... read more

What is Mobile Conquesting?

Nearly 80% of US adults own a smartphone and we use them a lot. What used to be a... read more