Are You Using the Latest, Most Innovative Digital Products?

Are You Using the Latest, Most Innovative Digital Products?

Mirror Mirror on the wall; what is one of the most innovative digital products of them all? If you guessed Social Mirror™ ads, you nailed it! This is a product that we launched back in November of 2020 and in less than a year it has gained enough popularity to become the second most used digital product that we offer. 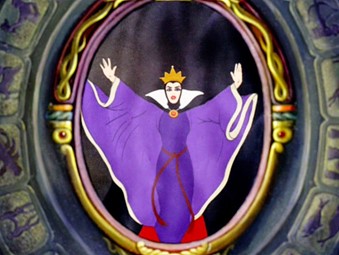 Now that we have run over 330 Social Mirror™ campaigns, we have some pretty intriguing data to back up why these ads are so popular. First, Social Mirror™ ads are yielding an average click through rate of .92%, which is 13x the national average of .07%! Yes, you read that correctly…13x!! We have also logged over 33,500 click conversions and over 203,700 view-through conversions! 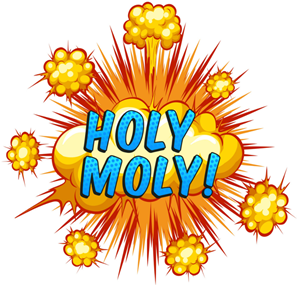 Why are these ads getting such high click through rates and conversion rates? Well, let’s take a look at consumer behavior, and also where small and medium sized businesses are spending their advertising dollars.

When looking at the average time spent by Americans in the United States using various social media platforms (Facebook, Instagram, Snapchat, TikTok, Twitter, and YouTube) from 2018-2022, it’s a consistent trend over the course of the 5 years. Facebook is the number one platform where Americans are spending most their time, followed by Instagram, Snapchat, Twitter, and TikTok. When we are mirroring social media posts, we can do that with all five of these platforms, plus three more, which are Pinterest, LinkedIn, and YouTube. 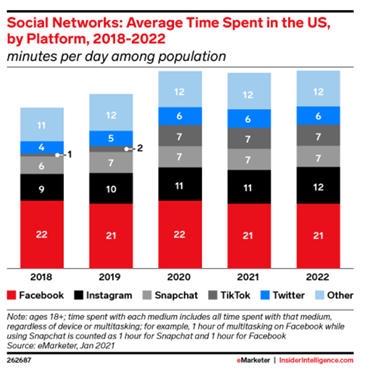 Let’s switch sides for a minute and instead of looking at consumer behavior and see what the most used form of advertising is by small and medium sized businesses. I don’t think it will come to shock anyone that when these businesses were asked what the most common type of advertising was that they participated in, paid social media was the number one answer, followed by banner advertising at number two. 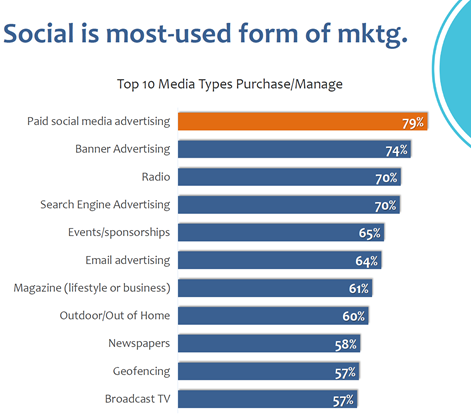 Right there is a prime example of why Social Mirror™ ads have been so successful; they are almost like a hybrid of a social media post and a display ad because they look like a social media display or video post, but instead, they appear on other websites and apps that then link back to the social media platform and the businesses website (depending on where the user clicks). They also run across all devices using various targeting strategies.

With the different platforms that we can use, we can mirror several different types of organic and paid posts from those platforms:

To give you a visual representation of how these ads look and how you can interact with them, here is a single image Social Mirror™ ad that I’ll break out for you:

In this example, I am reading an article on USA Today about pollen and how to allergy proof a home. As I am scrolling through on my mobile device, I see what looks to be a Facebook post from a music store, but its actually an ad that is being displayed on USA Today. If I click on the “Shop Now” call to action button, that will lead to that businesses’ website. If I click on the social media logo, the profile image, or the social media icons listed below the call to action, that will take me to the advertiser’s social media business page, so in this case I would go to their Facebook page.

Since that first example is a Facebook example and it’s appearing on a mobile device.  You might be wondering how Social Mirror™ ads differ from utilizing Facebook Audience Network (FAN) when running a campaign on Facebook, and there are a few differences. One is that when we run ads on FAN, we’re only targeting Facebook users when they use other apps. With Social Mirror™ ads that are featuring a Facebook post, we are reaching people that may or may not be Facebook users, and we’re reaching them via several targeting strategies; Behavioral Targeting, Keyword Targeting, Artificial Intelligence, and Retargeting.

When running a Facebook campaign and using FAN, we are not able to use Keyword Targeting or Artificial Intelligence. Also, with FAN, those ads are only being shown on apps that Facebook has partnered with, and with Social Mirror™ ads, they are being shown across hundreds of thousands of apps and websites.

Another benefit of Social Mirror™ ads is that when it comes to the monthly reports we provide, you do receive a website and app breakout, so the advertiser is able to see the top 20 websites and apps on which the ads are appearing. That is not something we can show with FAN. 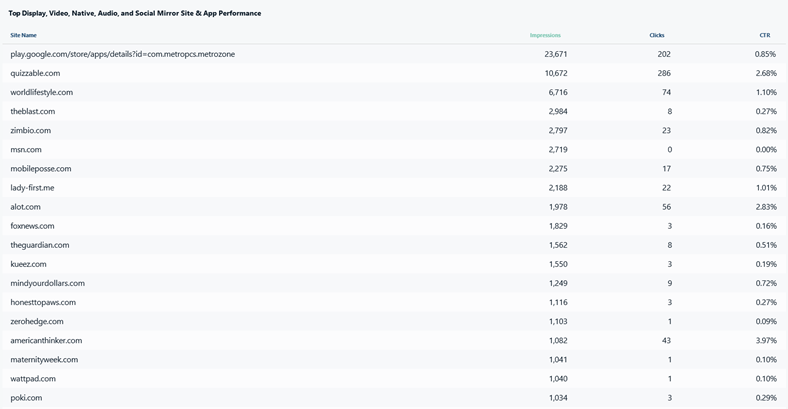 Another note is that if we are mirroring a video post, if it is less than :15 in length, the video will auto-play. If it is over :15, the user will have to click “play” in order for that video to run. We also get asked quite often how frequent a business can change out their creative and the answer to that is that they could change it out as often as once a week, but it isn’t recommended. Social Mirror™ ads aren’t running on that particular social media platform; they are being shown to thousands and thousands of people, so it’s a much wider audience and we want to make sure we have a high frequency. If they were to continuously change up the ad, it wouldn’t allow for those people to continuously see the same ad and take action, and it would be like throwing a pebble into the ocean. 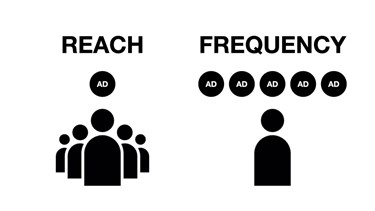 What happens if you are presenting these ads to a business that doesn’t have a website? The call-to-action button does not have to land the user on the website of that business; it could land people on the advertiser’s Facebook page, Instagram page, YouTube page, etc.. However, keep in mind that if that is the case, where we are landing people on a third party website, we will not be able to do Retargeting or track Conversions or View-Throughs. Also, that call-to-action that is listed on the Social Mirror™ ad will automatically default to “Learn More,” but it can be customized if the client would like something else to be displayed.

One of the other benefits with Social Mirror™ ads is that they are interactive. There are three different ways a user can click on the ad.  But what happens if a business wants to run a Social Mirror™ campaign and they don’t have an existing post? What we do there is manually create the ad with all the elements they want, but it won’t have the social media icons at the bottom of the ad or link back to the social media platform. While we can do this tactic, it isn’t recommended since then it looks like a regular display ad. 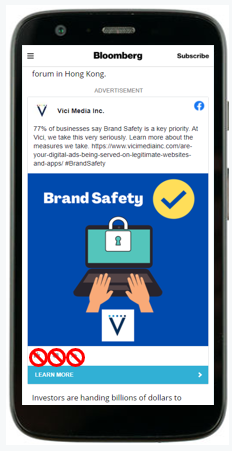 Now lets talk a little bit about accountability for Social Mirror™ ads. If a business is interested in utilizing Google Analytics, the monthly reports that we send out and their Google Analytics aren’t going to match up. Even if they are using UTM codes, it isn’t going report the same data because our reports are going to show the total clicks anywhere on the ad, and there are three different places where someone can click, and they lead to different places. So, someone might click on one of the social media icons, go to that particular post, and then from there they might go to the website, but we don’t have any way of knowing and tracking that, and neither does Google Analytics. In Google Analytics it might show an increase in social traffic, and some of that is going to be coming from the Social Mirror™ ad campaign. One of the things you can suggest is that they look at lift in overall traffic to their website and their social page of whichever platform they are using for the Social Mirror™ ad campaign.

Another way to track Social Mirror™ traffic is in Facebook Page insights. Here, Social Mirror™ traffic would appear as the website or app where the ad appeared, that the person clicked from.  Or, it could appear under “Other” if the domain can’t be categorized.  View Throughs appear as “Google.”  In the example below, both Patch.com and Atlantic Mirror came from our campaign. To get to this view, look at the Page Insights and click in the menu Page Views and scroll down to sources:

Being able to offer a hybrid type ad where we are utilizing a social media post and then exposing that post to thousands of people in various ways is what makes Social Mirror™ ads so great. As a whole, social media is a platform that is used by thousands of businesses across the world, so being able to expand that presence to other websites and apps using various targeting strategies is the magic potion of Social Mirror™ that can result in a fairytale ending for business owners. 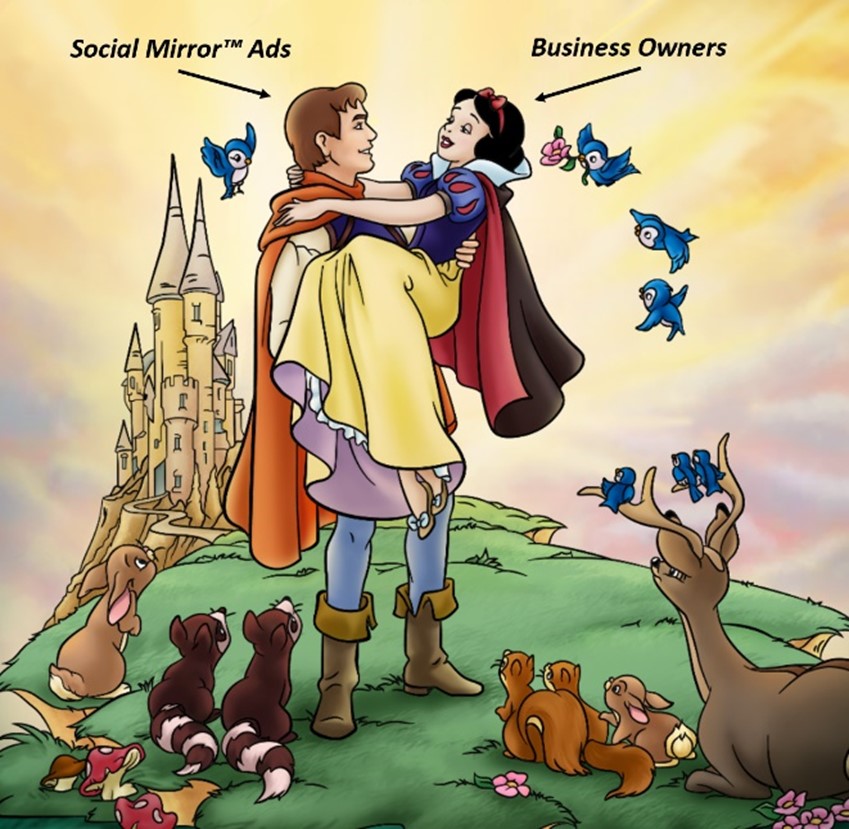 Reputation Management and SEO, Two Peas in a Pod

Facebook is once again going head to head with Google to win the biggest piece of the $59.6 billion... read more

In short, the answer is yes!  But, to get a good look at what works and what doesn’t, let’s take... read more

The best digital campaigns are expertly mixed, just like your favorite cocktail

When creating a digital marketing strategy, it is easy to become enamored with products that are at the bottom... read more

What Is A “View-Through” And Why Should I Care?

How long does a digital campaign need to run to work? (Example)

One of the core challenges advertisers face is determining how long a digital marketing campaign should last. Digital, like many... read more

What are OTT ads?

Are you down with OTT? You should be! Recent data shows more than half of all American adults are... read more

The answer to that is a resounding YES! If you are not familiar with what Social Mirror™ Ads are,... read more