2017 saw record growth in Digital Advertising dollars throughout the United States.  According to the Interactive Advertising Bureau, those dollars are actually $40.1 BILLION.  And, that’s just for the first half of 2017.

$40.1 billion represents a 23% increase over the same time period in 2016.  What can we take from that?  Businesses are spending money on digital advertising, and lots of it. 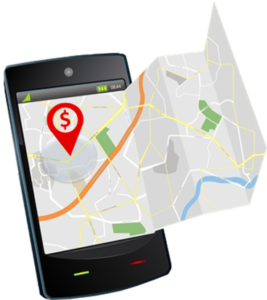 With Mobile Conquesting, one of the products that we offer, there are a lot of opportunities to target people on their mobile devices (think smart phones and tablets).  From targeting people by their behaviors, targeting people based on where they have been, to geo-fencing and using weather to trigger your ads.  Mobile Conquesting has a multitude of options to get your message in front of the right people. 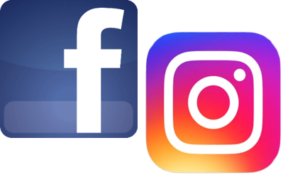 tion to Mobile, another digital platform on the rise, which most people could probably guess, is Social Media.  In fact, Social accounted for $9.5 billion in the first half of 2017.  With platforms like Facebook and Instagram constantly growing its user base, have you found your place amongst them?

Facebook, which owns Instagram, is constantly changing their advertising platform.  Luckily for you, we are always up to speed on these changes.  Whether your clients are looking to increase phone calls to their business, promote their upcoming events or job openings, or target just their current client database through our Custom Audience Targeting, Facebook and Instagram are areas where we can help them achieve all of the above. 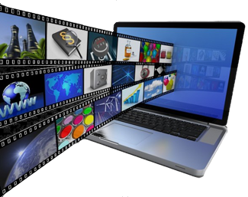 Another big player in the growing world of Digital Advertising is Digital Video, including video on both desktop and mobile.  $5.2 billion was spend on Digital Video in the first half of 2017 making this a great weapon to have in your marketing arsenal.

There are many different ways that Digital Advertising can be included into your clients’ marketing mix.  Pre-roll advertising can increase brand recall by 65%, according to a study by Nielson.  Why not utilize video as a part of your Keyword Advertising campaign?  With our Digital Video ads, the client will only pay for those impressions, IF someone watches at least 25% of their ad.   How’s that for exceeding expectations?!

Digital advertising is not a trend.  It’s not a fad.  It’s not going anywhere.  Businesses are investing more money in digital than they have in the past.  Why?  Because it works!

With over 19 years in advertising sales, and working with many agencies, Greg is very experienced with working with clients of all sizes. He has also seen our services work first hand. Having the exact same real life experience selling digital advertising as our clients, he brings his ability to relate to everyone. Working with our partners allows him to continue to help sales teams and agencies grow their business, and at the same time, supporting the growth efforts of the end client. Greg is Google Analytics Certified.

Ad Blockers: No Need to Panic

In 2010, when internet users were granted the ability to block ads, advertisers were put into a tailspin of... read more

Are you maximizing your Pay-Per-Click campaigns? Responsive, Dynamic and Call Ads bring more possibilities than ever.

Why is Conversion Tracking and Goal Setting So Important?

Before you start a search engine marketing campaign (aka Pay-Per Click) it’s important to do a bit of homework... read more

Desktop Ads Are Still Holding Strong In A Mobile World

Mobile usage is absolutely exploding, but that does not mean that we should ignore the steady performance of desktop.... read more

I can relate to the excitement of getting definitive answers, especially when those answers will directly affect your business.... read more

A Tool I’m Totally Geeking Out Over Right Now: Hotjar

Having been in the digital marketing business for quite some time I've tested out a lot of different tools:... read more

What will my traffic/clicks be from my digital ad campaign?

There are two questions advertisers typically want to know about their advertising campaign:  how much traffic will my website... read more

Another Tool to help your Digital Marketing campaign kickoff with ease.

Digital Advertising is great, we all agree and that’s why you’re reading this.  To begin your campaign with ease,... read more

From Google: 5 Things You Need to Know About SEO

Are you looking for ways to organically increase the traffic to a website?  If so, Search Engine Optimization (SEO)... read more

Working remote for the first time? Distancing while connecting!

We, at Vici, have a lot of experience working remotely.  We have your back on this and want to... read more